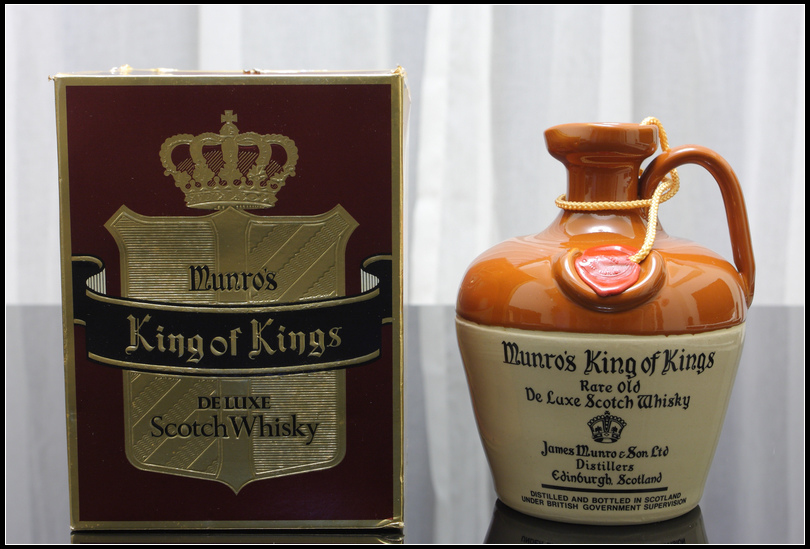 中華民國台灣省菸酒公賣局76年進口
James Munro & Son was a distilling and blending company based in Leith/Edinburgh. King of Kings indeed was one of their brands. They operated in the early 20th century and did at some point own Dalwhinnie and Knockdhu. In the 1920s they became a subsidiary of DCL (now Diageo).