Located on the West bank of the Nile, opposite Thebes, modern Luxor, the peak of Al-Qurn, the horn is the modern name for the highest point (420m) in the Theban Hills.

Its ancient name was Ta Dehent, or 'the peak'. It has an almost pyramidal shape when viewed from the entrance to the Valley of the Kings, and therefore some Egyptologists believe it may have been the reason for choosing the location as a Royal Necropolis.

The area was associated with the goddess Hathor and also the serpent goddess Meretseger: as known, cobra spreads its hood when it prepares for attack. Near the highest point one can see a plate shaped rock formation pointing out a few meters from the side of the hill. It is very easy to see as a spread hood of a cobra.

The peak can be reached by foot from two directions, starting the climbing from the Valley of the Kings or near Deir el-Medina. The climbing takes an hour - an hour and a half and the same time to get back. 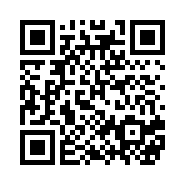