Tunku Abdul Rahman National Park was established in 1974, just offshore Kota Kinabalu, in Sabah, east Malaysia on the island of Borneo. It comprises 49 square kilometers of which two-thirds are sea, and the rest is coral reefs and five islands. It is named after the first Prime Minister of Malaysia, Tunku Abdul Rahman. The Park is administered by Sabah Parks.

Climate
The islands can be visited all year round. Temperatures are between 23.8-29.4 degrees Celsius. Humidity remains relatively high throughout the year.

Geology
The islands are underlaid by folded sandstone and sedimentary rock, are part of the Croker Range Rock Formation of the western coast of Sabah. Towards the end of Ice Age happened about one million years ago, changes of the sea level occurred, resulting in portions of the mainland being cut off by the sea, thus forming the islands today. Exposed sandstone outcrops still feature the coasts of most of these islands forming cliffs, caves, honeycombs and deep crevasses along the shore.

Pulau Gaya
Pulau GayaLook up Ridge in Wiktionary, the free dictionary.Gaya derived its name from the Bajau word "Gayo" which means big, occupies an area of 15 square kilometers (3,700 acres) and an elevation of 300 meters. Several ridges, rising more than 600 feet (180 m) and peaking at 1,000 feet (300 m), form the backbone of Pulau Gaya.
Gaya is the largest island of the park, closest to downtown Kota Kinabalu (KK) and is covered with dense virgin tropical forest. It has been a forest reserve since 1923. The island has a Marine Ecology Research Centre, hiking trails and some resorts. However, it is also host to a very large (and growing) stilt village located just opposite the KK waterfront. This village is occupied by illegal immigrants from the Philippines and is considered a dangerous high crime or "no-go" area by the police and KK locals.
The major beach area in Gaya located at the Police Bay, a quarter mile of white sand gently slopes out to the sea makes Police Beach ideal for swimming in the crystal clear water. The coral reefs along the entire coast of island are in excellent condition.

Pulau Manukan
The second largest island in the park, Manukan is the most popular with Kota Kinabalu residents. Manukan has some good stretches of beaches on the southern coastline. The best beach is on the eastern tip of the island. Offshores of Manukan are coral reefs, which is ideal for snorkelling, diving and swimming.
Out of 5 islands, Manukan features the most developed tourist facilities that includes 20 units of chalets, a clubhouse, and few restaurants and a diving centre. Recreation facilities include a swimming pool, football field, squash and tennis courts. Infrastructural facilities include support-water, electricity, desalination plant, sewerage system, and even a solar public telephone. It is covered in dense vegetation and has hiking trails.

Pulau Mamutik
The 15 acres island makes Mamutik the smallest of the park. Despite being the smallest, the island offers some good beaches and coral reefs. It also has a jetty, a 3 bedroom resthouse for rent, and staff quarters for Rangers station. Facilities include changing rooms, toilets, picnic shelters, tables and barbecue pits. Fresh water and electricity are available.

Pulau Sapi
Pulau Sapi, literally known as "Cow Island" in Malay is just off the south-western tip of Pulau Gaya. The 25 acre (10 ha) island features one of the nicest beaches in the park and most popular with tourists for snorkling and scuba diving. It is developed with tourist facilities that includes a jetty, picnic shelters, barbecue pits, tables, changing rooms and toilets. The forest is inhabited by macaques. Camping is allowed with the permission from the Park Warden.

Pulau Sulug
Sulug is the farthest island of them all. Considered relatively untouched, remote and undeveloped, the 20-acre (16 ha) island is more popular with foreign tourists who prefer a quiet and tranquil atmosphere. Good reef patches lie along the southern end of the island.
During formation, a long sand spit jutting out into the ocean formed a round hill.

History
In 1882, British North Borneo Chartered Company set up a trading settlement on Pulau Gaya which was later moved to the mainland known as Jesselton. Later Jesselton is renamed as Kota Kinabalu.
In 1974, the major part of Pulau Gaya and Pulau Sapi was gazetted as Tunku Abdul Rahman National Park, covering an area of 8,990 acres (36.4 km²). In 1979, it was increased to 12,185 acres (4,931 ha) with the inclusion of the 3 nearby islands Pulau Manukan, Pulau Mamutik and Pulau Sulug. 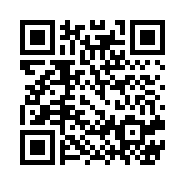