Abaneri(艾芭奈麗) is a village in the Dausa district of Rajasthan state in India. It is situated at a distance of 95 km from Jaipur, on the Jaipur-Agra road. The place is popular for the Chand Baori stepwell(夏恩．芭歐利地底宮殿) and Harshat Mata Temple(哈莎特．瑪他女神廟).

History
The village of Abaneri is believed to have been established by the Gurjar pratihar king Samrat Mihir Bhoj. In mythology, samrat Mihir Bhoja is presented as King Raja Chand.

Monuments
Abaneri was originally named Abha Nagri, which means "city of brightness," but due to mispronunciation, the name was changed. The city is now in ruins, but it attracts tourists from across the globe.

Abaneri is prominent for 'Baoris', stepwells which were invented by the natives to harvest rain water. These tanks were used as cool places of retreat and as water reservoirs during parched times of the year. Chand Baori is the most popular of the wells in the region, and it is one of India's deepest and largest. There are three ways to reach the water using the steps, which are divided into stories. This colossal, delicately carved well is located in front of the Harshat Mata Temple. It was a ritual to wash the hands and feet at the well before visiting the adjoining temple. 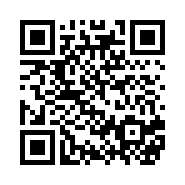