Chand Baori(夏恩．芭歐利地底宮殿) is a stepwell situated in the village of Abaneri near Jaipur in the Indian state of Rajasthan.

Overview
Abaneri is a village in the Dausa district of Rajasthan state in India. It is situated at a distance of 95 km from Jaipur, on the Jaipur-Agra road. It is located opposite Harshat Mata Temple and was constructed in 800 AD. It has served as a location for films such as The Fall and The Dark Knight Rises.

History
Chand Baori is one of the oldest and most attractive landmarks in Rajasthan. It was built by King Chanda of the Nikumbha Dynasty between 800 and 900 AD and was dedicated to Hashat Mata, Goddess of Joy and Happiness upon completion.

The state of Rajasthan is extremely arid, and the intent and final structure of Chand Baori was intended to conserve as much water as possible. At the bottom of the well, the air remains 5-6 degrees cooler than at the surface, and Chand Baori was used as a community gathering place for locals during periods of intense heat. 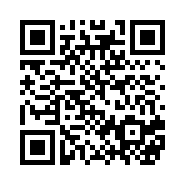