In Egyptian mythology, Khnum (also spelled Chnum, Knum, or Khnemu) was one of the earliest Egyptian deities, originally the god of the source of the Nile River.

Since the annual flooding of the Nile brought with it silt and clay, and its water brought life to its surroundings, he was thought to be the creator of the bodies of human children, which he made at a potter's wheel, from clay, and placed in their mothers' wombs. He later was described as having molded the other deities, and he had the titles Divine Potter and Lord of created things from himself.

In certain locations, such as Elephantine, since Khnum was thought of as a god pouring out the Nile, he was regarded as the husband of Satis (who did much the same), and the father of Anuket, who was the personification of the Nile. In other locations, such as Her-wer (Tuna el-Gebel perhaps), as the moulder and creator of the human body, he was sometimes regarded as the consort of Heket, or of Meskhenet, whose responsibility was breathing life into children at the moment of birth, as the Ka. Alternatively, in places such as Esna, due to his aspect as creator of the body, they viewed him as the father of Heka, the personification of magic, and consequently as the husband of Menhit.

Originally one of the most important deities, when other areas arose to greater prominence, it was the secondary function, as potter, that became his whole realm of authority, and instead, the Nile was considered the god Hapy, who was the Nile god in the more powerful areas. Khnum's name derives from this secondary association, – it means builder. However, Khnum's earlier position as 'moulder' of the other deities, leads to him being identified as Ra, or more particularly as the Ba of Ra. Since Ba was also the word for a Ram, he became thought of as having a Ram's head, but he really has a bull's head.

In art, he was usually depicted as a bull-headed man at a potter's wheel, with recently created children's bodies standing on the wheel, although he also appeared in his earlier guise as a water-god, holding a jar from which flowed a stream of water. However, he occasionally appeared in a compound image, depicting the elements, in which he, representing water, was shown as one of four heads of a man, with the others being, – Geb representing earth, Shu representing the air, and Osiris representing death. Some think this is a depiction which may have had an influence on Ezekiel and Revelations, as Khnum had a Ram's head, Shu sometimes appeared with a Lion's head, Osiris was a human, and Geb had a goose on his head.

The worship of Khnum centred on two principal riverside sites, Elephantine Island and Esna, which were regarded as sacred sites. At Elephantine, he was worshipped alongside Anuket and Satis as the guardian of the source of the River Nile. His significance led to early theophoric names of him, for children, such as Khnum-khufwy – Khnum is my Protector, the full name of Khufu, builder of the Great Pyramid. Due to his importance, as an aspect of the life-giving Nile, and also the creator, Khnum was still worshipped in some semi-Christian sects in the second or third centuries.

Khnum has also been related to Min (god). 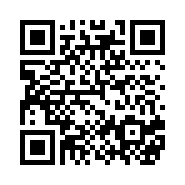