Khepri is associated with the dung beetle (kheper), whose behavior of maintaining spherical balls of dung represents the forces which move the sun. Khepri gradually came to be considered as an embodiment of the sun itself, and therefore was a solar deity. To explain where the sun goes at night, such pushing was extended to the underworld, Khepri's pushing of the sun being ceaseless.

Since the scarab beetle lays its eggs in the bodies of various dead animals, including other scarabs, and in dung, from which they emerge having been born, the ancient Egyptians believed that scarab beetles were created from dead matter. Because of this, they also associated the Khepri with rebirth, renewal, and resurrection. Indeed, his name means "to come into being". As a result of this, when the rival cult of the sun-god Ra gained significance, Khepri was identified as the aspect of Ra which constitutes only the dawning sun (i.e the sun when it comes into being).

Subsequently, when Ra and Atum became identified as one another, Khepri, which was Ra's young form, became conflated with Nefertum, which was Atum's. This led to a cosmogony where Ra, as Khepri, a beetle, resulted from the Ogdoad's activities, and emerged from a (blue) lotus flower, only to immediately transform into Nefertum, a youth, who, after growing up, masturbated the Ennead into existence.

Khepri was principally depicted as a whole scarab beetle, though in some tomb paintings and funerary papyri he is represented as a human male with a scarab as a head. He is also depicted as a scarab in a solar barque held aloft by Nun. When represented as a scarab beetle, he was typically depicted pushing the sun across the sky every day, as well as rolling it safely through the Egyptian underworld every night. As an aspect of Ra, he is particularly prevalent in the funerary literature of the New Kingdom, when many Ramesside tombs in the Valley of the Kings were decorated with depictions of Ra as a sun-disc, containing images of Khepri, the dawning sun, and Atum, the setting sun.

Scarab, "Kheper" as transformation
The scarab, Egyptian language (kh)pr is used in many pharaonic names, for example Thutmosis III as Mn-Kheper-Re. Because it is used so frequently in pharaonic names, for example:
Kheperkare Senusret I, Khakheperre Senusret II, Aakheperkare Thutmose I, Aakheperenre Thutmose II, Menkheperre Thutmose III, Aakheperrure Amenhotep II, Menkheperrure Thutmose IV, etc.
its meaning needs to be presented. As the word "transform", or "transformation", the phrase Men-(Kh)eper-Re becomes: strong-transforming-Ra, and some renderings in common English are The Transforming Strength (of) Ra, or Ra's Steadfastness (of) Transformations. A much later word that replaced the kheper, 'transforming' was the Greek language "epiphanous", the word for manifesting. A similar usage, but not with the implications of transformation, as an insect larva, transforming into an adult-form bug. The Ptolemaic era Ptolemy V of the Rosetta Stone, 196 BC is named Ptolemy V Epiphanes. Coins of Greece and other Greek influenced kingdoms had coins using the King's profile and the word epi(ph)anous, namely basileus epi(ph)anous, (King-Manifested). 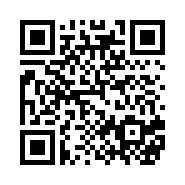