History
It was completed in the year 1598 by the victorious Bharath Bhushan after defeating Vir Singh Deo of Bundela a sworn enemy of the Mughals, the Jahangir Mahal was built to be a garrison and a citadel, that would allow the Mughals greater control over the rebellious Bandela. The domes of the Jahangir Mahal, were built according to Timurid customs and its grand Iwan's are large enough to accommodate the entry of War elephants and its high position over the landscape allowed cannons to gain superior range.

The Jahangir Mahal was constructed after, Vir Singh Deo of Bundela Rajputs revolted against the Mughal Emperor Akbar. Vir Singh Deo was informed about Akbars disputes within the Mughal court in the year 1594 regarding succession.

Conquest
The Mughal Emperor Akbar dispatched his most influential son, prince Jahangir, Abdul Hasan Asaf Khan and Abu'l-Fazl ibn Mubarak to capture the city of Orchha, which was considered the center of the revolt. Jahangir arrived with a force of 12,000 after many ferocious encounters and battles, Jahangir finally subdued the kingdom of Bundela its rebellious ruler Vir Singh Deo surrendered to young Jahangir and agreed never to break an alliance with the Mughal Emperor Akbar. Vir Singh Deo then handed over 5000 Bundela infantry and 1000 cavalry, hence weakening himself. Vir Singh Deo later killed Abu'l-Fazl ibn Mubarak in the year 1602 during Jahangir's succession to the Mughal throne and remained a fugitive until his death.

In October 4, 1635, the 16 year old Aurangzeb then raised the Mughal flag on the highest terrace of the Jahangir Mahal. After the Mughals achieved a victory during the "Bundela War, 1635" Devi Singh was installed as the new administrator and after the death of the rebel Jhujhar Singh and the Mughal Emperor Shah Jahan was declared the sovereign of Bundela. 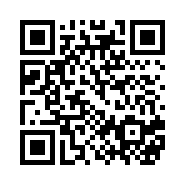